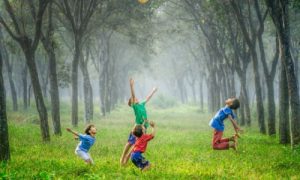 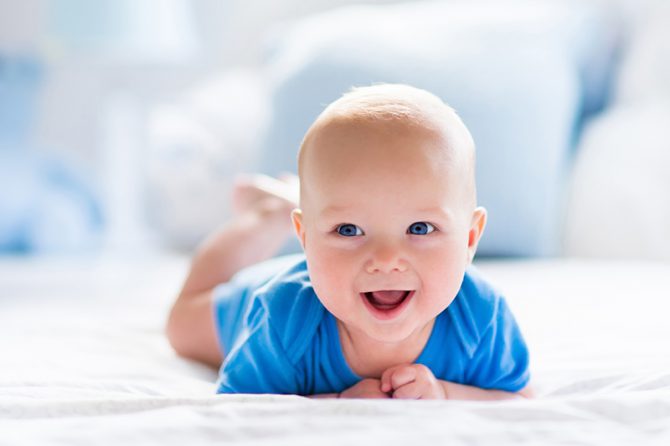 More and more parents are afraid to vaccinate their children. Why are vaccination movements popular and what should be done to restore confidence in vaccines?

The problem is serious. Over the past 10 years, the number of people who refuse vaccination has increased tenfold. The Ministry of Health has been flooded with complaints from parents who have been fined for refusing to vaccinate their children and is seeking support in handling more than 3,000 letters received in 2015-2017. The media recently reported on a lawsuit brought by the parents of a child who was vaccinated against tuberculosis on the first day of life, demanding to receive a million zlotys from the Polish state. The topic is hot and still requires a lot of explanation, because more and more myths have arisen around it.

A disease that is more dangerous than a complication

Why did parents believe the anti-vaccine movement? It is easy to justify this by caring for children. They follow a very simple mechanism: because they have heard that vaccination can be harmful – and hundreds of such publications can be found on the Internet – they want to avoid danger. Since most diseases have been eradicated in recent years, parents are unaware of the consequences of polio, tuberculosis or hepatitis B. Vaccination complications are more dangerous than these diseases. The role of the doctor is to dispel doubts and understand their fears with understanding. How can you convince parents who are against vaccination? You should be aware of these doubts first, because they are difficult to dispel when doctors often do not even know what they are dealing with – they do not follow antivirus portals or group discussions because they simply do not have time for it. Here are three of the most important facts that contradict the myths against vaccination.

Parents are afraid of ALD or adverse reactions to vaccinations. The anti-vaccine movement develops primarily on the Internet, and this is where parents look for information. Unfortunately, they find mostly myths and extremely powerful stories based on the experience of one person, reproduced according to the principle of gossip. These are stories of vaccination reactions, severe complications and even the death of a child. Meanwhile, the most common NOP is pain at the puncture site, often swelling and fever or rash. When talking about ALDs, the clinician may focus on explaining to concerned parents that these serious complications are very rare and that the benefits of vaccination far outweigh any potential side effects.

Parents fear that vaccines are harmful, while vaccines undergo much more detailed testing than any other drug. Andrew Wakefield made a lot of bad news about the link between measles vaccination, mumps and rubella and autism. Despite the fact that he refutes his theory and shows that the work is being manipulated, many parents still believe that the vaccine causes autism. Information on the content of aluminum, mercury and the production of vaccines from aborted fetuses is reproduced in Internet groups.

It is difficult to explain to a non-scientist how chemical compounds are formed and how to isolate pathogenic microorganisms for a vaccine, but one can imagine a comparison of water with a hydrogen bomb – both contain hydrogen, which is an explosive substance, but water is an absolutely safe chemical compound.

In turn, the connection between vaccination and the disclosure of the characteristics of the autism spectrum can be explained in several ways: firstly, the time of vaccination coincides with the moment when you can notice deviations in the development of the child and some of them may be associated with the so-called spectrum autism. And this is where comparison can help – vaccines have the same association with autism as coffee has a predisposition to murder – most killers drank coffee before committing their acts. The same is true for other symptoms that coincide with vaccine administration, such as restless sleep, such as those caused by teething or a developmental stroke.

True: vaccination must be mandatory

Parents often protest against compulsory vaccination. They claim that their unvaccinated child does not threaten others and they demand the right to make independent decisions. They are right – a person is free, but lives in society. It’s hard to get someone to think about their own interests and not think about other members of the community in which they work.

However, there is no other way but to explain to concerned parents that unvaccinated children also pose a threat to those who cannot be vaccinated – with weakened immunity, with genetic defects or neurological diseases. Maybe even for my grandmother.

Parents often cite the fact that vaccination is not compulsory in some countries (that is, the lack of vaccination is not reported in institutions like our Sanepid, and fines are not imposed on parents who do not vaccinate). It is true – there are countries that until recently were fairly liberal with regards to vaccinations, such as Sweden (where, despite the lack of commitment, 90% of children are vaccinated), but in Italy, France, Australia or Germany, for example, an unvaccinated child is not will be enrolled in a kindergarten, kindergarten or sports club, In Italy and Germany, parents pay a high fine (from 500 to over 2000 euros) for non-vaccination.

What beliefs you shouldn’t argue with

Some of the arguments repeated by opponents of vaccination are simply not true and difficult to justify. Some of them are: “the doctor refers to research sponsored by pharmaceutical companies”, “the doctor is bribed by the conspiracy of the pharmaceutical companies”, “the companies are not allowed to register NOPs”, “no one takes responsibility for the NOPs”, “vaccinated people also get sick” No one died from disease, and many died from vaccinations.

Every argument against these claims generates another objection, so instead of a more effective argument, it is better to focus on a specific child, arguing that his product is in the spotlight, not in the profits of pharmaceutical companies.

Despite attempts, until now it has not been possible to introduce provisions preventing an unvaccinated child from entering the nursery. Since many parents refuse to visit the doctor for fear of being forced to get vaccinated, do not balance and avoid contact with outpatient clinics, coercion and punishment seem ineffective. A way to convince There may be motivation in the form of reimbursement.

Some cities offer free meningococcal vaccinations – they have found that infection with this bacterium is especially dangerous. In some municipalities, such as Radom or Torun, girls can be vaccinated against HPV for free. Experts are considering reimbursing influenza vaccines, especially in the elderly, as this group suffers the most severe complications from influenza. Refunds for vaccinations can be an argument that convinces parents, not only financially. Since local governments often decide to fund expensive vaccinations (those that cost over a thousand zlotys against meningococci), this means that such action should be profitable.

Remember, parents who are afraid of vaccinations are motivated by concern and concern. They want the best for their children. Therefore, underestimating their fears, ridiculing their beliefs and attempts to convince with scientific arguments and hard-to-understand words will not work. The key is empathy and factuality. This is done very well by doctors – members of the Facebook group “Vaccinations – dispel doubts”.

Only specialists speak there, who calmly and in fact answer the numerous requests of anxious parents (often coming there because of anti-vaccinations, the extremely popular Stop NOP profile), while several volunteers enthusiastically check all the myths about vaccines, refute and replace them with rational arguments. This seems like the only reasonable way to convince worried parents.