A stroke occurs when some of the cells in an organ do not receive enough blood to function. This leads to insufficient oxygenation and nutrition of brain cells and, as a result, to their death. Treatment of stroke patients requires a holistic and interdisciplinary approach, and physiotherapy is an integral part of it. In this article, we present the goal of stroke rehabilitation and what equipment can be used.

Due to the mechanism of formation, we can distinguish two main types of stroke: ischemic and hemorrhagic.

Ischemic stroke is associated with blockage of an artery that supplies the brain with blood, and hemorrhagic extravasation of blood outside the artery is also called a stroke. This is more dangerous for the patient’s life and health, because, in addition to the hypoxia of neurons, the brain tissue is compressed due to the blood spilled into it, and, therefore, an increase in intracranial pressure.

Ischemic stroke is more common (in about 4/5 cases), usually the prognosis is better, that is, it is less life-threatening for the patient than hemorrhagic stroke (in about 1/5 of cases), which ends in 50% of the patient’s death.

Every type of stroke requires an immediate response in the form of getting the patient to the hospital as soon as possible, preferably to a stroke specialist. Brain cells begin to die after 4 minutes of hypoxia, therefore, to avoid this, you need to take immediate action. The sooner this happens, the higher the chances of a complete cure of the patient. 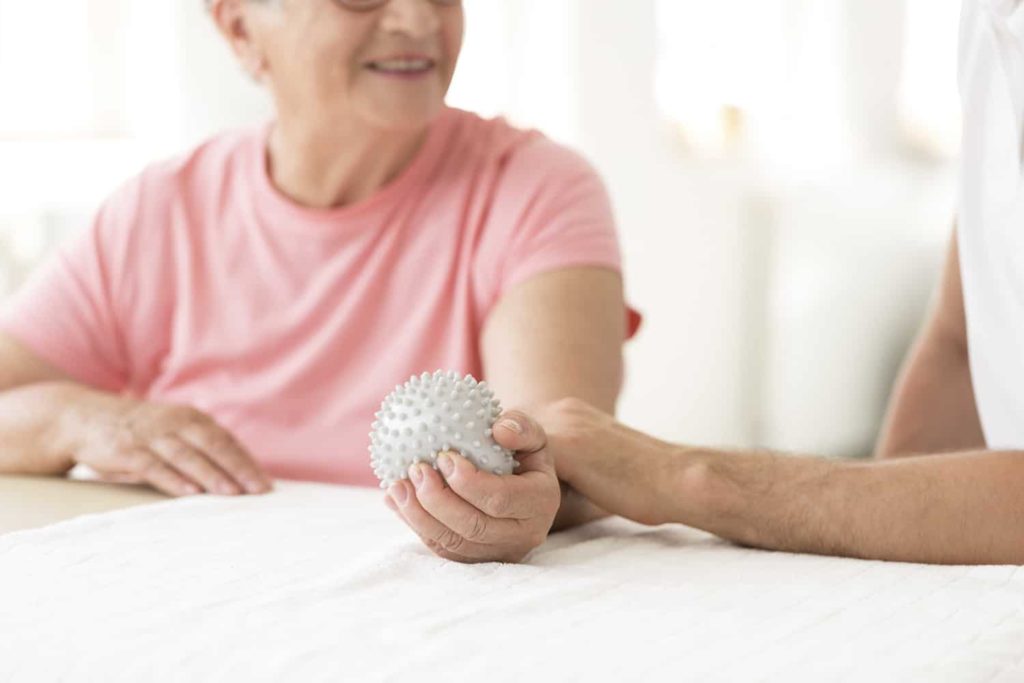 Unfortunately, it is not always possible to avoid the negative consequences of a stroke. The most common consequences are:

A little less often, the consequences of a stroke can also be:

The many disorders associated with stroke require a holistic and interdisciplinary approach to patient management. Patient care should include:

A physiotherapist’s work with stroke patients is primarily aimed at improving mobility. Patients have problems with active deliberate movement (difficulty or inability), imbalance, or straightening the body. Responsible for this are:

The disease very often affects one of the limbs (upper or lower) or, in more severe cases, the entire half of the body. Loss of physical form in the arm is especially difficult for patients, especially when it is the dominant limb. The spastic tension resulting from a stroke prevents or significantly hinders self-care and basic daily activities.

Physiotherapy uses physiotherapy, among other things, to restore patients’ functions that have been lost as a result of a stroke. using the PNF method, i.e. proprioceptive neuromuscular tracking. This method focuses on feeling your own movement (proprioception), recreating and retraining correct movement patterns. Small equipment is often used in therapy to complete kinematic circuits or maintain deep sensation. This equipment can be MVS belts, pneumatic cushions, sports balls.

In recent years, the Fourier Intelligence M2 hand rehabilitation robot has become available to physiotherapists, which helps in therapy on many levels. In many cases, in the early stages of post-stroke therapy, the patient’s dysfunction prevents any active movement in the affected limb. Using the Fourier Intelligence M2 robot gives you the freedom to free the physiotherapist.

The robot helps maintain a high patient focus on activity through an engaging interface and the use of skill games to make learning more engaging. The patient focuses on the task and the therapist can adjust the patient’s attitude.

Thanks to the advanced system, many data can be saved, so they can be used to assess the progress of patients’ therapy. The Fourier Intelligence M2 robot is not only a therapy device, but thanks to its advanced functions it is also a diagnostic device.