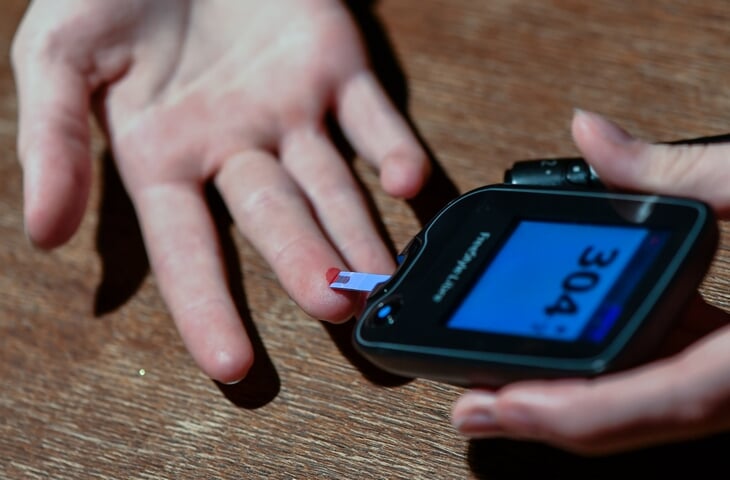 An active lifestyle with type 1 diabetes is possible. Max Domi and Nacho Fernandez prove this.

The main thing a person with type 1 diabetes should watch out for is the prevention of hypoglycemia. This is a significant drop in blood sugar levels, which is accompanied by a whole bouquet of painful symptoms and can cause a hypoglycemic coma.

Physical activity increases the risk of hypoglycemia during and after exercise, but doctors caution that this risk is very individual. It depends on the baseline glucose level, the insulin dose, the type, duration, and intensity of the physical activity, and the individual’s level of fitness.

Doctors recommend the following rules for preventing hypoglycemia during sports activities, which should be adapted to your condition.

During short-term physical activity – no more than 2 hours – the diabetic needs compensatory carbohydrate intake. Therefore, glycemia should be measured before and after physical activity to decide whether an additional 1-2 IU (bread units) should be taken. Generally, if the baseline glucose level is greater than 13 mmol/L, or if exercise begins within 2 hours of a meal, there is no need to take additional IU before exercise.

This rule is universal for both type 1 and type 2 diabetic patients. Sir Steve Redgrave, a five-time Olympic rowing champion, was guided by it at the 2000 Olympics, where he won his anniversary and final Olympic gold medal – the fifth of his career. He taped several sugar packets to the inside of his boat in case his glucose levels plummeted. Interestingly, the winner didn’t need sugar in the end.

In cases where physical activity must be prolonged, a person with type 1 diabetes should plan ahead and reduce the insulin dose in advance. In this case, self-monitoring of glucose levels every 2-3 hours is additionally necessary, with carbohydrate intake if necessary. Fast carbohydrates, which include sugar, are taken when glucose drops below 5 mmol/l, and slow digesting ones at 7 mmol/l.

In the case of very long or extremely intense workouts, the nightly dose of insulin should be reduced after the workout, and sometimes the dose of insulin taken the next morning as well.

Canadian hockey forward Max Domi does five glucose tests during games: one during each period, each break and during overtime. On game days, he tries to keep his sugar levels in check: if they are elevated, Max suffers from unstable moods and instantly gets tired, and if they are low, he becomes lethargic.

He has to respond sensitively to his body’s needs in order to avoid spikes in his well-being. This may seem crazy to the average person, but for Max it is routine. He’s trying to pass on a simple message to future generations of diabetic hockey players: it’s not so important what happens to you, it’s how you respond to it that’s much more important.

When exercising, a diabetic athlete needs to carry a slightly higher amount of carbohydrates than usual: at least 4 IU for short-term physical activity and up to 10 IU for prolonged activity.

Keep in mind that type 1 diabetes is a serious systemic disease, so some sports are contraindicated for people with diabetes. First of all, these are scuba diving, hang gliding, and surfing, in which it is difficult to stop hypoglycemia.

Temporary contraindications are retinal detachment and the first six months after retinal surgery, uncontrolled spikes in blood pressure, coronary heart disease (decided by a cardiologist), complications associated with loss of sensation, and more. Therefore, regular consultations with an endocrinologist are a prerequisite for a full, fruitful and safe workout for diabetes.

For 18 years, every meal of the soccer player Nacho Fernandez is accompanied by an injection of insulin (he is diagnosed with type 1 diabetes). But Nacho boldly declares that diabetes does not limit him.

Nacho keeps track of the foods he should never eat – the list is stored in the notes on his phone – and he does not forget to measure his sugar levels. The footballer notes that the disease makes him extremely careful, and he even likes it: “When you do sports, all the inconveniences associated with the disease are somehow easier to cope with. It’s even helped me in my career.” Proper nutrition and rest are essential for a high-class athlete, and because of my diabetes, there are no restrictions on my workload. I even try to do more than others. If you control everything, you won’t have any problems.”